Part One introduced the idea of becoming smarter about feelings — and how that can help you (kids) get more of what you want… and less of what you don’t want!  In that article I promised that I’d also write more about emotions and the meaning behind our feelings.  In Part One I also talked about the Know Yourself, Choose Yourself, Give Yourself “Six Seconds EQ Model.”   The next article in the series, Part Three, is called Getting Off the Trouble Train. 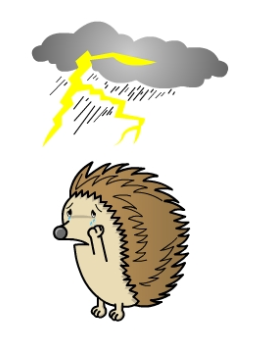 This article is focused on the “Know Yourself” part:  Noticing and understanding your feelings and reactions.  Please share this with others — and also please let me know how you like the article, and tell Nicolas how you like the pictures! 🙂

For most of my life, I found feelings completely confusing. They seemed to happen by themselves, suddenly a feeling would arrive and take over. Now that I’ve learned more about emotional intelligence, feelings are more making sense to me, but sometimes I still find them confusing.

When you were little, did you ever read the book, Sometimes I’m Bombaloo? The girl in that story gets so incredibly angry she feels like she’s turned into someone else. I guess everyone sometimes feels overwhelmed by big feelings. Sometimes by anger, but also by sorrow or fear or jealousy or guilt or a big mixed up ball of feelings all rolling together in a thunderstorm. Even excitement can become so big it seems to take over.

People sometimes call emotions like anger and fear “negative” or “bad” feelings, but I’ve come to see it a different way. Now I believe feelings are just part of us, and they’re not good or bad. They’re information and energy. What we do with that information and energy could be good or bad. It’s like electricity: It’s dangerous if you put a fork in the electrical outlet, it can even kill you. But that doesn’t mean electricity is bad, it means we need to learn about it and to use it carefully.

Putting Your Toe In

One of the most important steps to learning more about your feelings is to make friends with them. I mean, if you’re telling yourself your feelings are confusing and overwhelming and bad, then you are not going to be very patient learning about them.

When I was younger, I tried not to think about feelings because they scared me, I felt like they would overwhelm me. I remember in college I took an acting class, and my teacher, Marie, kept asking me how I was feeling. I was sad and scared because I was far away from the people I loved. One day I told her I didn’t like thinking so much about feelings because I thought I might drown in all the feelings. She said, “I’m not asking you to jump into the water, just to put your toe in it.”

That was a turning point for me. I experimented with Marie’s advice, and I was surprised to learn that I could notice my feelings and tune into them without being overwhelmed by them. I could get closer to my own feelings instead of hiding from them. I could put my toe in the water and it was interesting, not dangerous. I still didn’t understand feelings, but they were getting less scary.

Do you ever play chess? For someone who doesn’t know the rules, it’s confusing. Why do some pieces go one step, and some jump, and some zoom around in diagonals or lines? If you didn’t know any of the rules, it would be hard to play!

I was talking to a work friend named David Caruso about feelings, he said, “Feelings are like chess pieces, there are certain moves they make.” This is a surprising idea: there is a logic to feelings. There are basic rules to learn about how they can move and change. 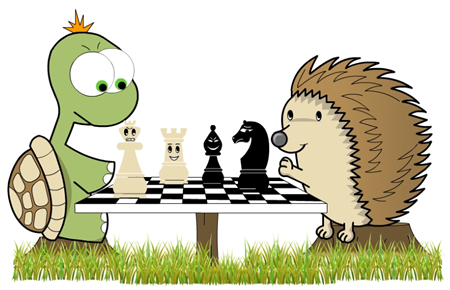 For example, here are three of the rules I’ve learned: 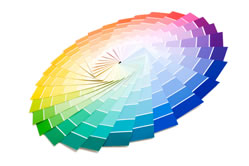 1. Emotions get more or less intense. Every basic emotion, such as joy or sorrow, fear or trust, can start out small and get bigger. A tiny bit of joy is peace. Add more and it’s contentment. Add more to get happiness. More might be pleasure, then delight, then bliss. So imagine someone was feeling peaceful because everything was going well, and then she got even more good news… the feeling would get more intense. Of course, feelings can get less intense too. It’s like a color wheel with all these shades and varieties of feelings.

2. Emotions combine. We usually have many feelings at one time. Maybe we’re happy to be seeing friends, worried about a test, and sad about an argument… all at the same time! That makes it hard to sort out what we’re feeling. Sometimes we name different combinations with a new word. For example, if I’m sad because something didn’t go the way I wanted it to, and a little angry that happened, I could call that mixed feeling “disappointed.”

Imagine you discover this beautiful wooden box carved all over with intriguing symbols. You open the box, and nestled in soft velvet are eight bottles. Each looks different, some are cut crystal sparkly and bright. Some are dark glass with complex swirling designs. Each bottle has a different color potion inside. These potions are the eight basic emotions.

There are around 3000 different words for feelings in English. Where do all those come from? Different researchers have their own theories about what emotions are basic, and what emotions are combinations. There was a scientist named Robert Plutchik who said there are eight basic emotions and they combine in many different ways. Plutchik said we have these emotions because they help us survive.

Here is my interpretation of the way the emotions help us: 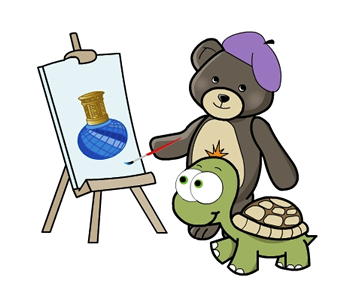 You could draw the box with the eight bottles and decide the look and color of each emotion.

What color is Anger? How about Joy? What are their bottles like?

I imagine joy is in very sparkly bright bottle that seems to shine from inside.

The bottles come with a special dropper to release just a little of each one at a time. Imagine you open the bottles and combine drops of these emotions to make incredible potions. The different chemicals mix, changing colors – sometimes the colors stay bright and clear, sometimes they are swirling cloudy and confused. Sometimes sparks come flying out, sometimes a thick fog.

I’ve never seen a recipe book for this chemistry set, but here are some ideas of how different feelings could be a combination of the basic emotions:

While this might seem like a fantasy story about wizards, emotions really are chemicals. Like the imaginary box of potions, our brains and bodies produce these different chemicals. The chemicals combine in our bodies and they go into our blood, then they affect every single part of us. Emotions are part of your body’s way of communicating with itself.

One of the most important truths of emotional intelligence comes from learning the difference between feelings, thoughts, and actions.

Imagine your brother messes up your project, you are mad and you tell yourself, “my brother is a jerk” and you hit him.

Notice in that story there is a feeling, a thought, and an action. The three are related, but different. A feeling is just a feeling. The feeling doesn’t create the thought or the action. The though, feeling, and action are influencing each other and they work together to make a problem. On the other hand, you could have the same feeling, the same thought, and a completely different action.

Why do you sometimes use problematic actions? While there are many ways of responding to each situation, most of us tend to use one reaction over and over. In a way, it feels good to get mad and hit. We do that, and we like something about it, and do it again. We KNOW that’s not the best solution, but it seems to happen automatically. It’s important to remember that behavior is not automatic, it’s something we’ve learned by practicing.

If we’ve practiced, “when I feel angry, I hit,” then we learn that pattern and we tend to use is over and over. Each of us tends to learn several patterns of reacting. For example, do you know someone who tends to “blow up” when they’re mad? Or someone who usually gets very quiet when they’re upset? Or someone who often leaves the room to get away from an uncomfortable situation?

How do you usually react when you’re sad? Do you tend to cry, or get mad and blame someone, or pretend not to be sad, or make a joke, or something else?

How do you usually react when you’re mad? Do you hit, or say mean words, or get grouchy and prickly, or ____?

Remember the “observing like a scientist” idea I wrote about in part one? Observe yourself as if you were a scientist studying you. For a few days, notice when you have a big feeling, and notice how you tend to react. Do you fight? Get quiet? Run away? Do you cover your feeling with another feeling? Over time, notice how there are some patterns you use over and over.

When you do find some of your patterns: congratulations! You’re making great progress in being smarter about feelings.

1. Emotions are energy and information. They combine, like potions, into many different feelings. They’re not good or bad, but each one has a message – a message from one part of you to another part of you.

2. Thoughts, feelings, and actions are not the same.

Next:  See Part Three: Getting off the Trouble Train

Follow me
Latest posts by Joshua Freedman (see all)
29 Comments