Alone in the Parade

Even though it’s billed as “The World’s Shortest Parade” (under 1/4 mile), the Aptos 4th of July parade takes over two hours because of the myriad marchers — from the Ukulele crew to the giant pigeon to the few remaining World War veterans.  This year’s parade had an accidental entry, a picture I can’t get out of my head.

Imagine a small town street thronged with crowds and hundreds of people in a parade — flags waving and cheering.

Now imagine a teenage girl walking with one of the groups. She’s a little apart from the team, looking a bit lost and alone, and she is talking on her cell phone, desperately trying to connect, oblivious to all the real people around her. 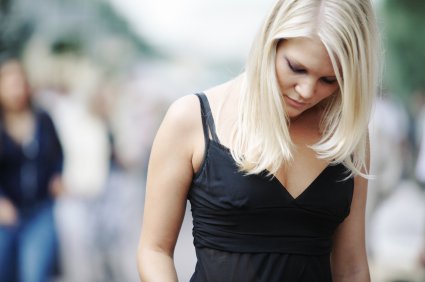 I’ve observed a similar scene in cities around the world, with adults too, but especially teens. Watching the girl at the parade, I started thinking about my own experience as a teen — feeling disconnected, lonely, and often desperate. Like looking into the windows of a sweet shop and wishing I had a quarter for a treat. Maybe if I’d had the treat it wouldn’t have satisfied me, but at the time you wouldn’t have been able to convince me. 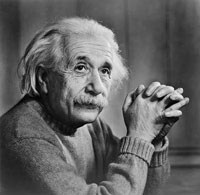 I suspect I’m not alone in feeling a perpetual outsider — feeling something missing. Even Albert Einstein, one of my greatest heroes, said, “It is strange to be known so universally and yet to be so lonely.”

As I’m working to grow up, this void has become smaller and I worry about it less often, but it’s there — a hopeless longing that I “know” would be filled if only become successful enough, cool enough, fashionable enough, popular enough, smart enough.

The drive to connect, to be accepted, is both glorious and brutal. It drives us to care and connect — and to engage in self-destructive behavior in a desperate bid to fit. I remember watching a counseling group with teens, the counselor asked one boy, “What would you do to feel accepted.” The teen’s immediate answer was a desperate “Anything.”

As a teen, I had this sense of being outside, of missing the party. I was lonely much of the time, and that didn’t really go away until Patty and I were living together. Since then, I can hardly think of five times I felt overwhelmed by the tide of loneliness, and most of those involve laying sleepless at 3 am, jetlagged on the other side of the globe (we just celebrated our 15th anniversary).

Part of the change is having a real partner, and part of it is growing up. I’ve come to know myself more, and like myself better. I’ve developed a bit of what the Six Seconds EQ Model calls “Intrinsic Motivation,” that force that drives from within despite the noise and pressure from outside.

Soothing the Pain of Disconnection

So the struggle is not new, but technology changes the pace. The girl alone in the parade was trapped in wireless loneliness – a primal pain brought to the digital age.

In a digital world, there is an added dimension of rapid but thin connection. Thin connections don’t activate the same brain centers – they are simulations of but not substitutions for social contact. The speed and ease, however, makes them accessible and exciting. 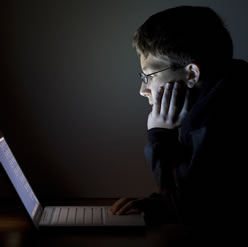 I feel this rush of connection and importance when I come into the office and there are 50 emails, and the phone is ringing, and I spend hours responding — but by 2:00 the machines are quiet, and I feel let down, partly because the stimulus has faded, and partly because I didn’t accomplish the meaningful work I’d set out for myself. This flurry of busy-ness is like those “energy drinks,” where you get the illusion of vitality ’till the emptiness returns, redoubled.

I suspect there is a quasi-addiction to this stimulus that, combined with the pressure to belong, can lead people (especially teens) to fixate on their phones. This summer, in two cities on opposite sides of the country I happened to overhear parents talking about their teens’ cell phone bills. Somehow in both cases the teen had racked up a $250 bill, and in both cases said “I wasn’t my fault, friends just keep sending me text messages.” Just as I can hardly say “no” to the waves of emails, I imagine the thousands of text messages send a slightly re-assuring “you’re not alone” message.

The “thinness” of digital connection can’t actually be fixed by quantity — just as one can not get a healthy meal by eating a LOT of junk — but the thinness may drive people to want more. I recently met Amelia, a wonderful, vibrant teen who happened to be in a corporate leadership workshop I was running. During a break she was checking on her MySpace friends [here you can tell this article was written in 2007!!]. I asked how much time she spent a day on the site. She paused to count and said, “Probably 19.” Thinking she’d misunderstood my question, I reiterated: “So how many hours per day?” She looked at me like I was a bit clueless (true), recounted on her fingers, “Yah, about 19.”

It seems Amelia has a lot of company — among 15-17 year-old teens, 70 percent girls and 57 of boys have profiles on sites such as MySpace (Pew Internet & American Life Project – here is a site with a lot of data on children and media: http://tinyurl.com/2zjqwp ). 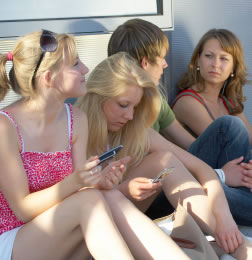 In spite of all this “contact,” my sense is, that like the rest of the Western population, teens are not happier. Among students in grades 9 through 12, 29 percent reported feeling sad or hopeless almost every day for an extended period in the last year (http://tinyurl.com/36gvbn). Apparently teen suicide has increased 300% over the last 30 years (http://tinyurl.com/3xwjbp).

At the same time, in a study on “social media” and “friending” (connecting to others online), more than 48% of respondents said they are having more fun in life as a result of spending time networking online (http://tinyurl.com/2ygshc).

Something is not adding up.

In the last decades, we’ve unleashed undreamed of social pressure on young adults, we don’t understand and we’re not prepared to cope. Pandora’s box is open for business – online and going mobile.

So for those who care to about this and future generations, we’re faced with a rapidly evolving challenge. Our knee-jerk reaction may be to push against these advances, to blame the technology.

At the same time we know it’s not technology that’s the issue. It’s the disconnected relationships – the lack of emotional intelligence, ours and theirs. It’s the isolation and lack of skill at building emotional bridges.

Emotion is the language through which we can create deep connections that mitigate the thinness of the digital age. So as IT capacities advance to make more and faster ways of interacting, we must put equal energy into advancing the underlying human capacities that make all this communicating actually matter. Then we’ll be able to reach those kids who feel they’re walking alone in the parade.