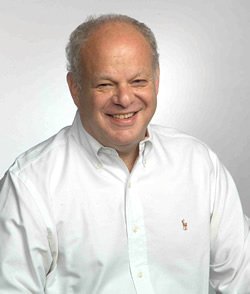 Josh: The tool that you introduced at the Nexus EQ Conference is “disputing catastrophic thinking;” what is that?

Martin: There is a skill that everyone has that they usually deploy in the wrong place. The skill is disputing. In learned optimism programs we teach people first to recognize the catastrophic things they say to themselves. For example, they might say, “No one is going to like me at this party. I never have fun at parties.” We teach them first to treat it as if it were said by an external person whose mission in life is to make them miserable. Then to dispute it in the same way they would an external person. When you say these things to yourself, you treat them as if they were true. We generally have the skill of disputing other people when they make false accusations, and we can learn to do so with ourselves as well. That’s the central skill in both cognitive therapy and learned optimism training.

Josh: How young a person can be taught these skills?

Josh: Recognizing that there is no quick fix, what would you advise as a starting point?

Martin: My first advice is to make some assessment of whether or not you are a pessimist. There are a set of tests which people can take rather easily to decide that. It is not transparent to yourself. Then, if you are, the nutshell advice is to learn the disputing skills.

Josh: Are you an optimist?

Josh: Have you then taught yourself to be an optimist?

Martin: I think only a pessimist can write and do serious stuff about optimism. The skills I talk about I use every day. What I’ve become is what I call a “flexible optimist.” I can recognize the situations which call for optimism, and the situations which don’t call for optimism need a mercilessly realistic view of what’s going to happen. When I make that separation, if it’s one of the many situations in which the optimism skills are going to pay off, then I throw in my whole complement of optimism skills. It makes me better able to initiate different projects. But when I’m in a situation in which the cost of failure is very high, then what I want is merciless realism. In that case I revert to my usual “four in the morning” pessimism.

Josh: How do you know whether this is a case for optimism or a time for pessimism?

Martin: I ask, “What would it matter if I fail here?” For example, if I’m a salesman and I’m making another “cold call,” or if I see someone attractive at a party and want to say hello afterwards, the cost of rejection is small.

When the cost is small, use the optimism skills. On the other hand, the cost of failure can be very large, such as getting into an affair which will lead to divorce if your spouse finds out, or, as a pilot, having another drink at a party before a flight. You really don’t want optimistic pilots. When the cost of failure is large and catastrophic, you don’t want to use optimism skills. That’s the basic rule of thumb.

Josh: When you look around at the world the way it is, at the onslaught of negative stories, do you find optimism difficult?

Martin: It is surprising that we have very high levels of depression and pessimism in a world in which the hands on the nuclear clock are farther away from midnight than they have ever been, in a nation in which every economic indicator, every objective indicator of well-being, is going north, in a world in which there are fewer soldiers dying on the battlefield than any time since WWII, and in which there is a lower percentage of children dying of starvation than at any time in human history. It is quite astonishing that we have enormously high rates of depression and pessimism. We do have a very important paradox here.

Josh: I read an interview when you started as President of the APA in which you said that perhaps a significant part of the depression epidemic in the US is due to counselors treating people as ill. Would you explain that perception?

Martin: I think that’s one of several changes in our culture that has gone on for the past 40 years that may be related to continued high levels of depression. Another is victimology. In general when things go wrong we now have a culture which supports the belief that this was done to you by some larger force, as opposed to, you brought it on yourself by your character or your decisions. The problem about that is it’s a recipe for passivity and giving up and helplessness. So one of the things that is going on, I think, is a pervasive victimology.

Josh: What more beneficial approach could people in the field of mental health use with their patients?

Martin: I think the other approach is that what you do matters a great deal. That you are not a passive responder to stimuli. You are an initiator of plans. A lot of your troubles were brought on by yourself. You are responsible for them. And the good news in that is it also implies that the way out is not something that someone is going to bestow on you, it’s something you are going to do yourself.

Josh: Does that mean depression is not an illness, that it’s something else?

Martin: Approximately, yes. I think if we get serious about the notion of illness and disease, then there are several things we look for. We look for high genetic contribution, known brain action that produces it, and a treatment of choice that is drugs. In manic-depression, all three of those things hold, so I think of it as a bio-med illness. In the case of unipolar depression, the heritability is minor, a correlation ratio of .2 to .3, the brain activity is mere correlate not cause, and the drugs of choice work at about the same rate but less lastingly than the psychotherapies of choice. For the most part, I don’t think of unipolar depression as a disease.

Martin: Part of the human condition. It has been called a lot of things just as accurately. The mediaeval theologians called it a sin. Other people have called it loss of morale or demoralization.

Josh: Do you talk in your work about the idea of “wellness?”

Martin: I’m sympathetic with the wellness movement. And I think their heart was in the right place. There are two problems with it. One of them is that because it was a fringe movement, it never attracted a serious empirical base, so it has vegetarians, Buddhists, people who practice yoga, acupuncturists, holistic medics. But it never attracted much in the way of empirical science. The second is, I don’t think psychology is a corner of the health movement in any sense. I think psychology is much larger than curing mental illness or curing diseases. I think it’s about bringing out the best in people; it’s about positive institutions; it’s about strength of character. The wellness movement narrows the domain of psychology and paints it into a corner. Psychology is much larger than a corner of the health care system.

Josh: Do you have a name for psychology as part of the general improvement of being human?

Josh: Positive psychology includes optimism and what else?

Martin: There are three pillars of positive psychology.

The first is positive subjective experience which actually breaks down into three parts: past, present, and future. Past is well-being, contentment, and satisfaction. Present is happiness, ecstasy, and the sensual pleasures. And Future is optimism and hope. That’s all one pillar of positive psychology.

The second pillar is positive individual traits or the traits of character that enable one to have a good life in the Aristotelian sense, not in the California sense; traits such as intimacy, vocation, wisdom, integrity, aesthetic sense, spirituality, future mindedness. There are seventeen of them.

The third pillar is positive institutions, the kinds of communities, families, schools, and nations that bring out the best in positive character and bring out the positive subjective experience.

Josh: And how to we erect those three pillars?

Martin: Well we need a science of that and that is what mostly I am going to devote the rest of my career to.

Josh: So you’ll look at measuring what that would mean and how to make that happen?

Martin: We would do the same thing that we did with mental illness, to have a nosology of it, to ask how you measure those things, to look at the causal skein of it both experimentally and longitudinally, to create interventions which, in the case of mental illness, break them up and, in the case of positive psychology, build them. Nosology, measurement, causation, and intervention is where positive psychology is going.

Josh: What are some of your hypotheses as you begin studying the investigative work in exploring the third pillar?

Martin: I think hypotheses is premature. At this point I think I know the right kind of questions to ask. For instance in media, why do we like bad news so much? What’s wrong with good news? In government institutions like Congress, why is negative campaigning so appealing. In education, what would positive psychology in education look like? Do we do better in education if we build from strength rather than try to repair weakness?

Josh: In your work thus far, is there one piece of research that you would like to see on every bumper sticker, and chalkboard, and refrigerator door in the country?

Martin: I think it’s basically that if you are a pessimist in the sense that when bad things happen you think they are going to last forever and undermine everything you do, then you are about eight times as likely to get depressed, you are less likely to succeed at work, your personal relationships are more likely to break up, and you are likely to have a shorter and more illness-filled life. That’s the main discovery that I associate with my lifetime.

Josh: When I’m talking about learned optimism, people often ask how to start shifting from pessimism to optimism?

Martin: I think the way most people start is to find out the costs of being a pessimist. As a pessimist, it’s always wet weather in the soul, they don’t do as well at work, and they get colds that will last all winter. They find themselves failing in crucial situations and their relationships go sour very easily. So when people have those kinds of hurts, if they can find that there is something useful in positive psychology, that’s where people start.

For more information on Optimism, here is an article about Optimism and Leadership which also refers to Seligman’s work