Physiology of Emotion, Exercise, and Change

I was recently talking to a group about the fact that we can choose how we feel.

“But didn’t you say emotions are an automatic biological response?”

Yes, in fact, I did… but don’t we have choice about our biology?  I remember years ago interviewing neurobiologist Debra Niehoff about the way some people seemed to be “programmed” toward violence, and she pointed out that since we’re constantly changing our own brains by the way we use them, it’s a mistake to think of biology as a fixed condition.

Yawning is an automatic biological response to being tired.  So do we have a choice about if we yawn or not?  Isn’t it a choice (for most of us) to sleep more?

Headaches are an automatic biological response to dehydration – but isn’t it a choice (for most of us) to drink enough water?

We are contributing to the creation of the conditions under which our biological systems function — and these have profound impacts on our “automatic” emotional reactions.

I just read an excellent book excerpt by Jonathan Fields, called The Creative Brain on Exercise on Fast Company.  He discusses work by  Dr. John Ratey called Spark: The Revolutionary New Science of Exercise and the Brain (2008)…

“Exercise isn’t just about physical health and appearance. It also has a profound effect on your brain chemistry, physiology, and neuroplasticity (the ability of the brain to literally rewire itself). It affects not only your ability to think, create, and solve, but your mood and ability to lean into uncertainty, risk, judgment, and anxiety in a substantial, measurable way…

Ratey details many data points on the connection between exercise and mind-set; among them the following:

Ratey points to a number of proven chemical pathways, along with the brain’s neuroplastic abilities, as the basis for these changes, arguing that exercise changes the expression of fear and anxiety, as well as the way the brain processes them from the inside out. 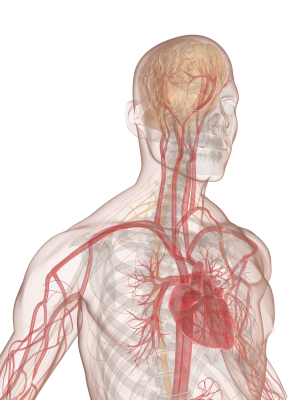 There are also many links between foods and emotions.  Just ask Six Seconds’ President, Anabel Jensen, about the emotional effects of eating — and trying not to eat — chocolate.  For years its been her “one vice,” a reward that has many positive physiological effects (as well as tasting great).  Lately she’s been told to give it up.  😥

No doubt, from our those relished dishes of our grandmother, to spices that enchant us to other worlds, foods do more than nourish our corporeal selves. Recently my favorite blogger, Jonah Lehrer, shared an outstanding piece in the Wall Street Journal Online, called  The Yogurt Made Me Do It, where he discusses several studies about this — including one on probiotic foods:

The experiment, led by Javier Bravo at University College Cork in Ireland, was straightforward. First, he fed normal lab mice a diet full of probiotics. Then, Mr. Bravo’s team tested for behavioral changes, which were significant: When probiotic-fed animals were put in stressful conditions, such as being dropped into a pool of water, they were less anxious and released less stress hormone.

How did the food induce these changes? The answer involves GABA, a neurotransmitter that reduces the activity of neurons. When Mr. Bravo looked at the brains of the mice, he found that those fed probiotics had more GABA receptors in areas associated with memory and the regulation of emotions. (This change mimics the effects of popular anti-anxiety medications in humans.)

Furthermore, when he severed the nerve connecting the gut and brain in a control group of mice, these neural changes disappeared. The probiotic diet no longer relieved the symptoms of stress.

Though it might seem odd that a cup of yogurt can influence behavior, the phenomenon has been repeatedly confirmed, at least in rodents. Earlier this year, Swedish scientists showed that the presence of gut bacteria shapes the development of the mouse brain, while French researchers found that treating human subjects with large doses of probiotics for 30 days reduced levels of “psychological distress.” There’s nothing metaphorical about “gut feelings,” for what happens in the gut really does influence what we feel.

Choosing How We Feel

So, do we have a choice about our emotions even though they are automatic responses?  Perhaps not in all ways, but clearly we can influence the algorithm that shapes the set-points of this automation.  We might not be able to turn the instant flash of irritation to delight, but we can set ourselves up so the hot-button produces a larger or smaller jolt.

Now for the confession:  As I write this piece, I realize that (a) I have not been sleeping enough since I came back from India this week.  I wake up tired in the morning (which is late night there), and so though, while I’ve gone through the motions, (b) I have not really been exercising much this week, and (c) I have not eaten any yogurt!  So, if I my kids start arguing and “push my buttons” and I yell at them… will that be an “automatic” biological reaction, or simply a delayed result of my own choices?