Self-Science is one of the pioneers in social emotional learning. It was first published in 1978 and continuously updated as a robust, evidence-based approach to building emotional intelligence in schools. Dr. Anabel Jensen offers this explanation of why it’s effective, and how Self-Science works.

I heard the term “self-science” for the first time approximately 41 years ago. I had no idea that this new term would have such a profound effect upon my life.

The year was 1979 and some of the following things were happening:

Originally, I thought “self-science” referred to the importance of learning science, technology, and health concepts, skills, and attitudes. Any of the above items could have provided strong material for the importance of such in our lives and needed to be taught in schools with enthusiasm and dedication.

However, Self-Science, it turned out, did not refer to the study of dinosaurs, heredity, DNA, or even physiology; subjects that comprised the backbone of the science curriculum at the time.  Instead, I learned that Self-Science deals with the inner world that we all experience during each moment of our lives. Practicing “self-sciencers” believe it is significantly important to know who and what we are — and most importantly, what we are going to do about it.

It’s important to know who & what we are, & most of all, what we are going to do about it

As the new psychologist for a private school (Nueva) in the Bay Area, I was invited to visit self-science classes and observe a master at practice — Karen-Stone McCown. I still remember that first class; the title of the lesson was: Fear in the Hat.

Karen began by defining fears; she mentioned that she was afraid of the dark and the 6th grade students all laughed, for they were way too old to be afraid of that particular topic.

Karen then asked the students to suggest some other things of which someone might be afraid. I volunteered snakes and several of the girls giggled, but agreed with me. “Nah,” said the boys. 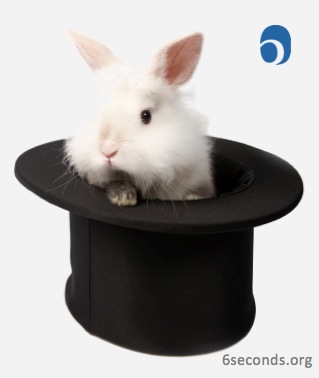 One young girl confessed said she was afraid of going to live with her father who had a new wife. Treacherous waters indeed!

Karen then distributed index cards and asked students to draw or name a fear that they had, but that they would like to conquer. For about three minutes, there was total silence as hands and pencils were busy with their illustrations and descriptions.

Karen then asked the students to put cards with the fears written on them into a large, black top hat, which looked like a magician’s hat. She told them this particular hat had powerful properties (the students rolled their eyes at this comment) that might help them reduce their fears. (Notice she did not tell them they would be eliminated.)

Students were then asked to draw out one card at a time. They decided to put some fun and excitement into the activity—they would act out the fear as they interpreted it and then all of us would brainstorm ways to reduce, control, or subdue the fear.

Because students were primarily drawing out someone else’s fear from the hat, it was easier for them to act it out without embarrassment and also to come up with at least one possible way to handle the issue.

For example, Arthur read a card saying that he was afraid of strange cars driving up his driveway at night and someone entering his house. He lived in a large house surrounded by several acres of trees and bushes.

Other students chimed in with similar stories and suggestions for how he might handle the problem. Someone suggested that he might play music so that he would not hear the creaks and groans of the house. Intriguing that the very fear-of-the-dark that Karen mentioned at the start, at which the students first scoffed, was now being treated with thoughtfulness and care.

Another student recommended that he leave on a nightlight, so when he woke up he would be able to see more clearly and be less disoriented. A third individual wondered if he had a dog. She said she slept soundly every night because her dog was devoted to her and would never let anything happen to her.

As the lesson progressed, it was interesting to see the shivers at the beginning of the lesson turn to giggles. Someone even suggested that telling yourself a joke in the middle of the night might make you feel better.

A girl expressed that she had previously thought that she was alone with her fears because her older sister had told her to “grow up.”  Now, she knew differently and was willing to try a couple of the suggestions presented.

A particularly insightful child said, “I wonder if our fears have lessened because we have been willing to name them.” Many years later, neuroscience would clarify that naming our emotions would calm the amygdala. Hmmm, isn’t that interesting?

Karen made some summary statements about fears and asked if two or three of the students would be willing to identify some specific actions steps on their particular fears and then report on their progress next week. I wish I had been there to observe the follow-up data.

What if every child learned she has the power to make choices, and all have consequence? 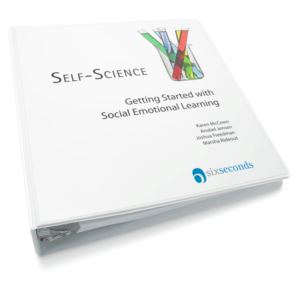 Students love Self-Science classes. In gathering some comparative data on favorite classes at Nueva many years into the future, 80% of the graduates reported this was their favorite class. In addition, Marsha Rideout, Self-Science Specialist at Synapse, has repeatedly heard the same from Synapse students.

Here are some of the objectives of studying self-science:

In addition to attitudes, students absorb some fascinating neuroscience data, such as:

I am amazed at how things have changed in the time since I observed that first class. Karen and I have been involved in several start-ups institutions: one was Six Seconds, an organization dedicated to growing emotional intelligence in the world. The current goal is to have 1,000,000 practitioners before my 100th birthday. We are currently at 350,000.   I think we will make it.

We also started Synapse, a school whose mission is to educate change makers. We started six years ago with five children in a backyard pagoda. Next year we will boast 170 students. Our objective is to take over the entire block with a variety of great places to learn: an early learning center, a high school, and a continuing education center for teachers, administrators, parents, etc., and then to start Synapses around the globe.

Change starts inside each of us — with the power of empathy, optimism, and kindness

Change Starts Inside Each Of Us

However, for me, all of that pales in comparison to what I learned about fears that day 34 years ago:

I learned that fear shuts down creativity and can be accompanied by a lack of faith in one’s ability.

I discovered that this fear could be reduced by aerobic exercise and meditation; I became an exercise nut.

I learned that optimism can increase innovation and productivity; I describe myself as a recovering pessimist.

I learned that my brain neurons continue to grow even in old age; I work on learning something new every day.

I discovered the power of empathy for creativity, for selling, for teaching, for building a better world.

I do a conscious act of kindness every day.

In essence, I conquered some of my fears.

More importantly, I began to appreciate Self-Science as a scientific approach to the study of self.   I use it daily as a process for making decisions, solving problems—for living my life.

For example, I consider each situation by asking myself what I am feeling and understanding, then consider the options available, and finally select one or more that creates a win-win situation that moves me towards my noble goal—a more ethical world.

Self-Science begins with appraisal, ignites choice, and transforms coping into self-actualization. Imagine the positive changes in the world, if everyone practiced the principles of emotional analysis, choice, and action.

For more about Self-Science, see…

Info on the guide to the Self-Science process: Self-Science: Getting Started with Emotional Intelligence

Speech by Karen McCown on why she created Self-Science: Emotional Intelligence: The Cornerstone For Positive Change