For more than two years, Turks have been living through a nightmare:

Tensions that simmered under the surface for years have burst to the surface. A coup attempt in 2016 killed 241 and injured 2,000 more. The government responded by cracking down on alleged supporters of the coup; arresting 50,000 people and firing another 100,000 from their jobs as judges, journalists and civil servants. On top of that, terrorist attacks related to the conflict in neighboring Syria have killed hundreds more.

In the midst of this tension, stress and uncertainty, the EQ network in Turkey has succeeded in its years long efforts to bring Six Seconds’ emotional intelligence training to Turkey. Led by Erdem Ercan of Hayatin Ritmi, they recently completed the first ever EQ Core program in Turkish, growing the EQ network in Turkey at a time when it is needed more than ever.

In Midst of Troubling Times, EQ Network in Turkey Ignites Sparks of Hope

“I am sad, very concerned. Sometimes I feel broken.”

Those were Erdem’s words from two years ago, just after the coup attempt in Turkey, when he sat down to do an interview with Six Seconds’ Rachel Goodman. Nowadays?

“If anything the situation has continued to get worse,” Erdem says, “empathy and collaboration continue to decline. Polarization is at an all time high. But that is why this work is essential. Turkey is at a very critical moment.”

Erdem dreamed for years of hosting EQ certifications in his home country, and in Turkish, his native language. He had seen the effect firsthand of emotional intelligence training, on himself and others, and he wanted to spread the tools and knowledge close to home. But hosting the certification in Turkish required a massive investment of time and energy, with no guarantee of results. Erdem and his team translated more than 400 pages from English, and adapted the EQ materials used in the training to Turkish. This process alone took over 9 months. But in the end, Erdem says, he wouldn’t change a thing. “We had a fantastic group that learned so much together. It’s a big step forward in my dream to reverse these recent trends and improve the quality of life in Turkey. You can’t stop the waves,” Erdem says, pausing, “but you can learn to surf.”

In midst of stressful times, the EQ network in Turkey reaches major milestone. Huge thanks to Erdem Ercan and Hayatin Ritmi!

Igniting the spark in each of us

Twelve participants came together for the 4-day training from different cities and backgrounds. While they each took away something different, common themes emerged in the feedback: a fresh perspective on self and others, a renewed sense of gratitude, a feeling of connection. Here it is in the participants’ own words:

“I came in skeptical, unsure. But after 4 enjoyable, fulfilling and intense days, I have gained so much. It’s helped me look at other people with fresh eyes and understand them more deeply. I want to do another training.”

“I have learned to look at my own emotions from another perspective. I feel empowered to work with them, not against them. I’m so grateful I decided to do this program.”

“This course exceeded my expectations. It’s been extremely helpful personally and professionally, in my work as a coach. Erderm’s subject knowledge, sincerity, energy and warmth are 100 out of 100. Thank you!”

“Erdem gets an A+. He created the perfect environment for learning and growing.”

“I loved the interactive nature of the training, always adding participants’ experiences to the framework.”

“A powerful training that answers the what, why and how of emotional intelligence.”

“When is the next one? I can’t wait to keep learning.”

Hear it from the participants themselves

Watch this short video to hear from the participants of the October 2019 certification:

Want to attend an EQ certification in Turkish?

If you are interested in starting your EQ journey in Turkish, please contact Erdem Ercan at [email protected], or fill in the form below for more information.

Learn more
Check out these recent articles on emotional intelligence:

EQ Drives Team Performance Across Industries in the UK

Feeling Pain to Clarify Purpose: What Can COVID-19 Teach Us About the Climate Crisis?

The pandemic is teaching us powerful lessons about emotions, change, and preparing for the future. Can pain and anxiety fuel positive change?

Join this powerful conversation with an intergenerational, global panel of activists, researchers and educators at the intersection of ...

3 Habits to Maintain Hope in the Face of Adversity

Repeat these three phrases to look at these unprecedented COVID-19 related challenges through a lens of hope and optimism. 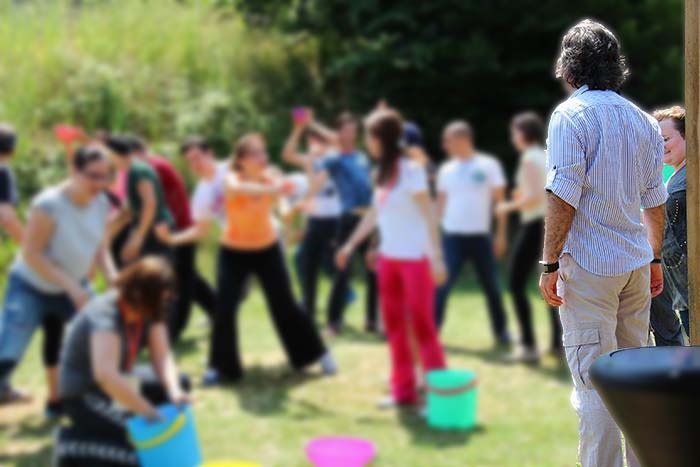