How to Be More Optimistic

Do you want to know how to be more optimistic? Many of us have the feeling that we should be more optimistic, but how, specifically, can you make it happen? This article offers concrete steps for bringing out the optimist in you.

How to Be More Optimistic

Struggling to feel optimistic? Ask yourself these three questions

These three questions come from Martin Seligman’s concept of learned optimism, which argues that optimism, like any other talent, can be cultivated. Anyone can become more optimistic by learning to think about their reactions to adversity in a new way – and these questions are designed to help you do exactly that.

So next time you are faced with a challenging situation and want to have a more optimistic attitude about it all, ask yourself these three questions.

Am I thinking that this is permanent?

It will never get better.

This is definitely one of my default exaggerations. Negative situations tend to feel so overwhelming and all-encompassing that it’s hard to see the light at the end of the tunnel. But asking yourself this simple question can remind you that this too, will pass.

Am I feeling this is pervasive?

It is changing everything.

Many of us have a tendency to think that something negative happening in one area of life affects everything in our lives.

Recently at work I was unfairly criticized by my boss and I definitely went down this rabbit hole. Even though I love my work and have almost exclusively positive interactions, this negative incident made me see everything through some not so rose-colored glasses. “Because she did that, I am going to quit. And if I am not working at this place, why live in this expensive city anyway?” And so you see, my negative thoughts snowballed. Asking myself this question helped bring what happened into a more reasonable perspective. It turned out to be an isolated incident, for which my boss apologized, and I didn’t have to move away after all 🙂

Am I giving up, or taking, too much power?

There is nothing I can do

This is all my fault.

Both are common traps, and both rarely hold up under scrutiny. When my boss had criticized me, I started thinking that there was nothing I could do. Because she was this and that, what the heck was I supposed to do? She wouldn’t listen anyway. This is giving up too much power.

Asking myself this question brought me back down. I had the power to tell her how I felt, and why I felt that way. And when I did, she responded more compassionately than I expected, and apologized for what she had done. If I had gone on thinking that there was nothing I could do, I wouldn’t have come across this possibility for reconciliation.

Taking too much power means putting all the blame on yourself, taking it too personally. Many people do this to themselves without realizing it. It blocks the possibility of reconciliation just as much as giving up too much power.

I have found these questions to be super helpful when I am wondering how to be more optimistic about a situation, but is there empirical evidence to back up this assertion that optimism can be learned? 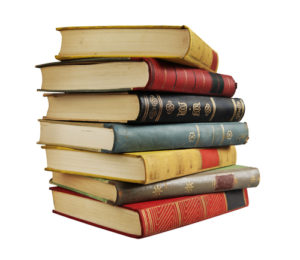 In a study at the University of Pennsylvania, learned optimism techniques were found to significantly reduce anxiety and depression in a class of college freshmen.

As incoming freshman, the students were given a survey to determine their levels of optimism or pessimism, and the most pessimistic students were invited to participate in the study. Half attended a 16-hour workshop on the techniques of learning optimism, and half were in the control group and did not participate in the workshop. At the end of the study, the results were remarkable.

Only 7% of the freshman who participated in the workshop suffered from anxiety, compared to 15% in the control group. And 22% suffered from moderate or severe depression, compared to 32% in the control group – a 10% reduction after only a 16-hour workshop. And that’s not all – those who participated in the workshop also reported fewer health problems over the next 18 months. Considering the stress students are under these days, why isn’t this part of the normal curriculum?

“Can you teach optimism and does it make a difference? Absolutely, and absolutely.”

A study done by Peter Schulman at the Wharton School found that among insurance sales agents, optimists sold 35% more and the pessimists were twice as likely to quit in the first year. In terms of sales and turnover, optimism workshops would be well worth the investment. Schulman recommends optimism tests as part of the hiring process for salespeople.

And exercising optimism is only one of the many skills of emotional intelligence that has been linked to better performance in business. For an in-depth look at the relationship between EQ and the bottom line, I highly recommend The Business Case for EQ. It’s a free eBook from Six Seconds that outlines a bunch of fascinating research on emotional intelligence in business.

But optimism is even better than simply a money maker.

“What could be if we valued teaching optimism like we value teaching math and science?”

And think about what could be

To go more in-depth with optimism and its role in emotional intelligence, read Exercise Optimism: How to Use Emotional Intelligence.

If you want to be involved in Six Seconds’ global network of EQ practitioners, check out all your options with our article, Getting Started with Emotional Intelligence.