The Myth of Winning:

In the Hollywood version, there’s always a clear victor. Whether it’s a story of corporate conflict, or rivals in love, or a literal war, the hero wins. ​Similarly in our love of sports, we almost always see and celebrate one winner or one winning team.​

But guess what? Real life is messier.

A glance at history is enough to make the fictional Hollywood version preferable. ​What percentage of our real world conflicts end neatly​?​ Something near zero. ​

The ​perpetual cycle between ​Palestine and Israel ​is a prime example​ — ​it’s a pendulum that each side pushes. Each side tries to win by beating the other… then a few months, years, or generations later, the other side decides they need to even the scale, and push back harder.

​It’s easy to see the impossibility of “clear victory,” yet in our conflicts, over and over, we play into ​the myth of winning. Wired into the core of our brains is this primal system to treat conflict as an epic battle of good versus evil (where “good” is the side we’re on).  Yet when we go down that road, no matter who “wins” the fight, we lose.

‘A colorful set of stubborn emotions’

Daniel Shapiro, Founder and Director of the International Negotiation Program​ at Harvard Law School, points out that the root of all conflict is this adversarial stance: “Whether it’s an issue between heads of state or husbands and wives, almost universally they approach conflict as adversaries: ‘me versus you.’ This triggers a colorful set of stubborn emotions, which makes digging oneself out of that conflict very difficult.” ​

It goes like this: We disagree. Then we begin to vilify the other. There’s a primal longing to conquer. In our own heads and hearts, we make ourselves righteous, and we make them bad. They become the enemy. We’re at war in a brutal cycle that we see in the headlines each day and, just as much, in our daily lives. We make the boss, a colleague, a customer, spouses and lovers, and even our children into enemies. Why?

It feels better to be right.  Literally​: The brain gives itself a dopamine reward for being certain. We’re addicted to righteousness — ​to winning.  Unfortunately, in this context of reaction, in this neural war, to “win” means to beat others.  To be “right” means ​to be right OVER others. We make them wrong so we can be right​.

“Whether it’s an issue between heads of state or husbands and wives, almost universally they approach conflict as adversaries: ‘me versus you.’ This triggers a colorful set of stubborn emotions, which makes digging oneself out of that conflict very difficult.” ​- Daniel Shapiro, Director of the International Negotiation Program​ at Harvard Law School

No One Really Wins a Fight

A few years ago I heard a highly decorated Marine put it succinctly:​

No one wins a fight.

In real war, we lose the flower of a generation, we lose peace, we lose civil society.  ​In our personal conflicts, we lose connection, we lose trust, we lose energy, we lose relationship.​ ​Once we move into conflict, ​​everyone involved is tarnished.  Everyone involved becomes bloodied and hurt​ — either literally, or at least emotionally.  Then our oppositional positions become increasingly entrenched.

How to Actually Win

Daniel Shapiro shared an essential lesson for emotions in conflict: Don’t make conflict stand between us.

​The solution is paradoxical, and it might feel like a kind of surrender — but it’s not.  The solution is to stand next to your opponent, and, ultimately, to make that person your ally instead.  “Shift the relational stance so it’s no longer ‘me versus you’ but the two of us working side by side facing a shared problem. This creates a substantial emotional shift.”

​Instead of defining the problem as the other person — or even as an issue between you, redefine it as something you share. Stand shoulder to shoulder facing the issue together.  This is the central principle of an amazing martial art called Aikido: move so you can redirect the energy of the conflict. 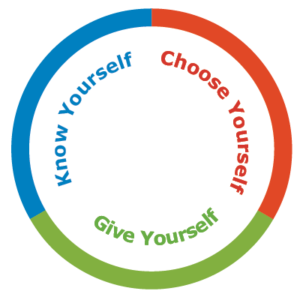 In Aikido, it’s literally a step, a physical movement.  In the “aikido of relationships,” it’s an emotional step.  This requires emotional intelligence​:

​Know Yourself: tune in.

Give Yourself: step together.

Don’t make conflict stand between us. Tune in. De-escalate. Step together.

We’re in the Same Life Raft

One simple way to get out of the oppositional stance is to recognize that​ the other people in the situation are ​not “separate” from us. It’s easy to vilify “the other,” to treat people as less when we see ourselves as different. We can see this in political propaganda during times of conflict — opposing soldiers depicted as ants, other nations depicted as evil.  Diminishing the other fuels the cycle of righteousness.

The opposite is also true. When we recognize shared humanity, we automatically shift to a different response based on collaboration.  Empathy is an essential tool here; remember our brains are wired to connect.  The classic empathy question is an invitation to see that we’re in this together: “What would I feel if I were in his shoes?”  That question is only part of empathy — check the Empathy Archive for much more — but it’s a starting point:  Find the common ground.

Shifting to the Same Side: I to We

In Six Seconds’ training for managers to use EQ to give more effective feedback, we teach “I to We” — a process for moving the conversation from blame to collaboration.  The essential point is that “emotional Aikido” move of coming to stand side-by-side.  This process works to create alignment and can be applied in almost any relationship when we feel the oppositional stance beginning.

There are three steps in I to We:

Step 1 ​State your feeling honestly but compassionately using:  “I feel ____” then the situation. For example:

I feel dissatisfied with the way this is going.

I feel uncomfortable with the way we’re delivering to our customers.

I feel sad about our relationship.

Using the “I statement” to honestly express your feeling is honest – the other person can’t deny you are feeling this way – and offers a little vulnerability rather than blame.

Step 2 Invite the other person to join you by acknowledging their feelings and asking for collaboration.  For example:

How are you feeling about this?

You’ve also told me that you’re not thrilled with this.

Listening to their feelings creates a mutuality — it also helps you bring your empathy forward.

Step 3 Ask how to improve the situation together, for example:

How can we improve this?

What can we do to make this better?

Working on it together makes it a collaboration where you are not on opposite sides, but standing shoulder-to-shoulder facing a shared challenge.

Don’t Step Into the Ring

In the timeless classic of coming to power, Le Morte d’Arthur, the young King Arthur is talking to Merlin about conflict. Arthur asks, who is the aggressor, the one who strike the first blow?  Merlin says: in conflict, opponents circle one another posturing and preparing to fight: Then one steps into the circle of combat, and in declaring his intention to draw, he is the attacker.

Conflict is everywhere, and we have a thousand chances each day to add violence.  Violence in our hearts and heads, if not in our deeds. We get sucked into the Myth of Winning, and make others bad so we can justify our stance.  Yet over and over, it fails.  Over and over, the winning is hollow, and we’re left with bitter ashes rather than the sweet taste of victory.  Maybe it’s time to stop stepping into the circle?

Feel an oppositional stance taking hold? Try these 3 steps to stand together as allies 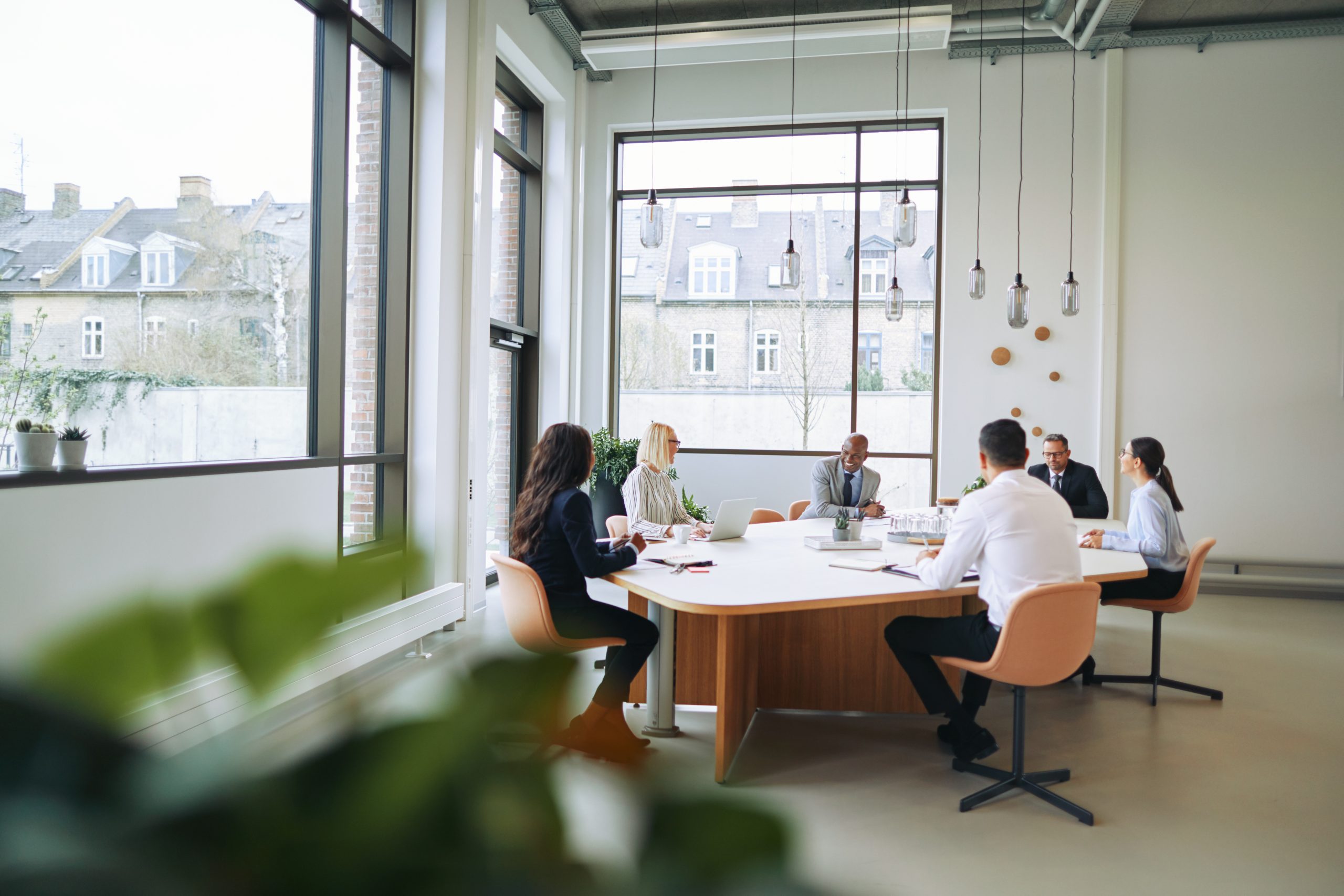 Follow me
Latest posts by Joshua Freedman (see all)
39 Comments