Todd Delano, CEO of ServRx, had “the classic problem” of a successful startup. The company was growing, but the culture was not. Unlike many CEOs, Todd recognized that unless he got people aligned, he wouldn’t break through to the next level. Using a focus on emotional intelligence, the team was able to transform their organization — doubling their employee engagement, and in the same year, increasing revenue by 25% and net profit by 110%, with only a 15% increase in staffing.

Case: Doubling Down on EQ Culture at ServRx

Background: The Challenge of Growth

ServRx was founded in 2009 for the purpose of providing the pharmacy industry a more efficient process for filling prescriptions for injured workers. By 2014, the company was growing out of its initial startup phase, but success was bringing new challenges.

The founding strategy of the company was working — the technology and methods were creating tremendous savings for their clients and making people’s lives better. But could the company grow to the next level?

Like many CEOs, Todd Delano was focused on building the business side of the business — and while it was working, Todd saw that he had a new problem. With growth, the original culture was getting lost, and there were few systems and structures in place to sustain people’s alignment, motivation, and energy.

The leadership team was caught up in fire-fighting. There was “the usual” constant stream of small issues — almost all interpersonal. Communication gaps, disagreements, misalignments… a “culture of squabbles” was emerging, and it was draining the life force from the leadership, leaving the team exhausted.

Driven by a passion for continuous personal growth (as evidenced by a vast wall of people-development books in his office), Todd began to explore the science of emotional intelligence. Spurred by remembering Daniel Goleman’s emotional intelligence book that he read in college, Todd got online. He heard Six Seconds’ CEO, Joshua Freedman, would be in Phoenix, and made a connection. In the Spring of 2014, Todd completed Six Seconds’ intensive, five-day EQ Practitioner Certification Course, and a lightbulb ignited.

“I’d read about emotional intelligence, and I thought it could help me, but I didn’t see the practical application. After the EQ Cert, I became determined to make this work in my company.”

Over the next year, Todd met regularly with Michele Royan, then Regional Network Director for Six Seconds, to work on his own emotional intelligence and to explore options for putting EQ into the organization. Todd and Michele crafted a plan for a cultural revolution of ServRx.

The startup success trap: As business grows culture gets lost. What to do?

Intervention: People at the Center

The first stage of the project was a diagnosis, apropos for a company called “ServRx.” Todd and Michele agreed that a baseline measure would allow all the stakeholders to confront the current reality, and to decide if change was needed.

Michele administered “Organizational Vital Signs,” (OVS), a statistically validated measure of organizational climate. Todd recalls, “the results were not pretty, but it caused a lot of people on the team to sit up and finally take notice. We knew there were significant issues, but getting it on a graph in the front of the room — well, it was no longer an option to kick this down the road.”

Overall, 31% of the organization was “engaged” – meaning they were bought in and committed. This is higher than the global average of 25%, but far from Todd’s vision. Of greater concern were several key drivers of engagement The “teamwork” score was among the lowest quartile (the bottom grey bar on the graph below represents the lowest 25% in the world; the top grey bar represents the highest): 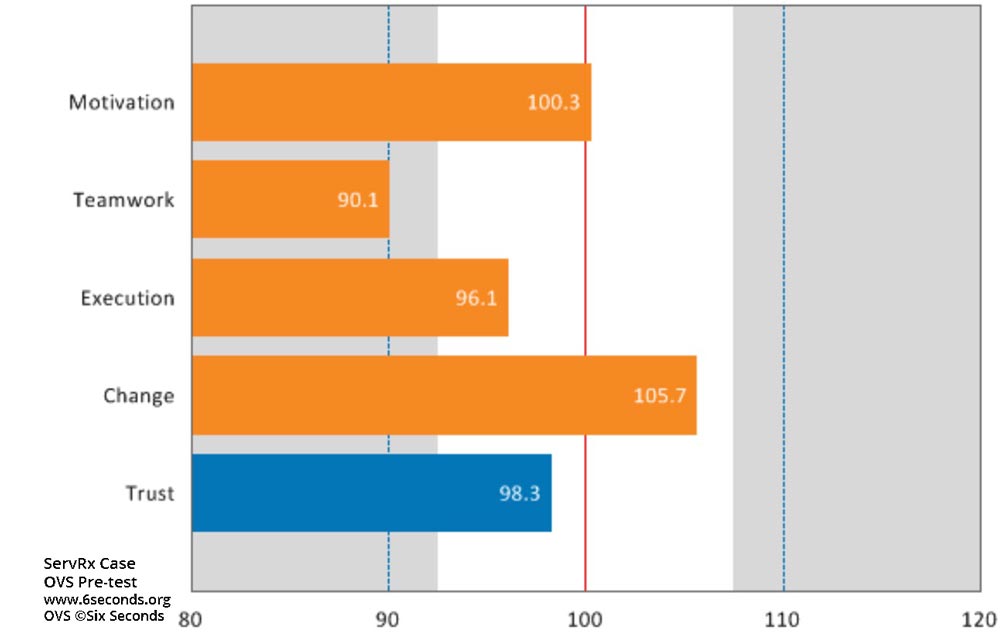 Following the OVS, the leadership team met to discuss the results, and were challenged with three questions:

Todd and team agreed that to reach their vision, culture change was needed, and began to connect the dots: The skills they were bringing to the people-side of the business shapes the culture. The first step, they agreed, was clarity. They needed to confront that the culture wasn’t as they want it to be, and articulate the culture that they wanted instead. They made a list, and key words emerged:

To build a thriving enterprise, what is the culture you need? In one tweet. 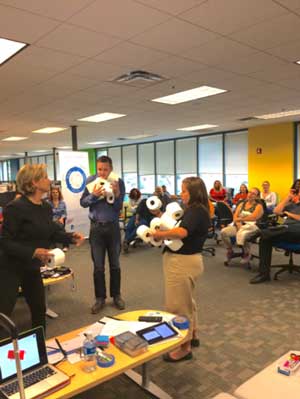 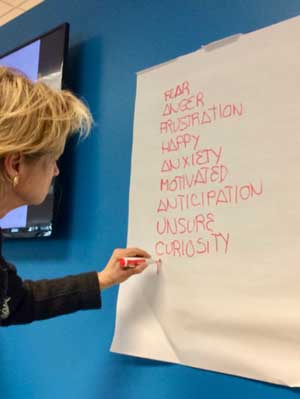 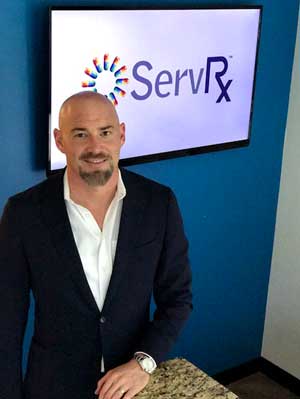 Key ROI on emotional intelligence: Shared vocab to talk about what matters

The Skills for Positive Climate 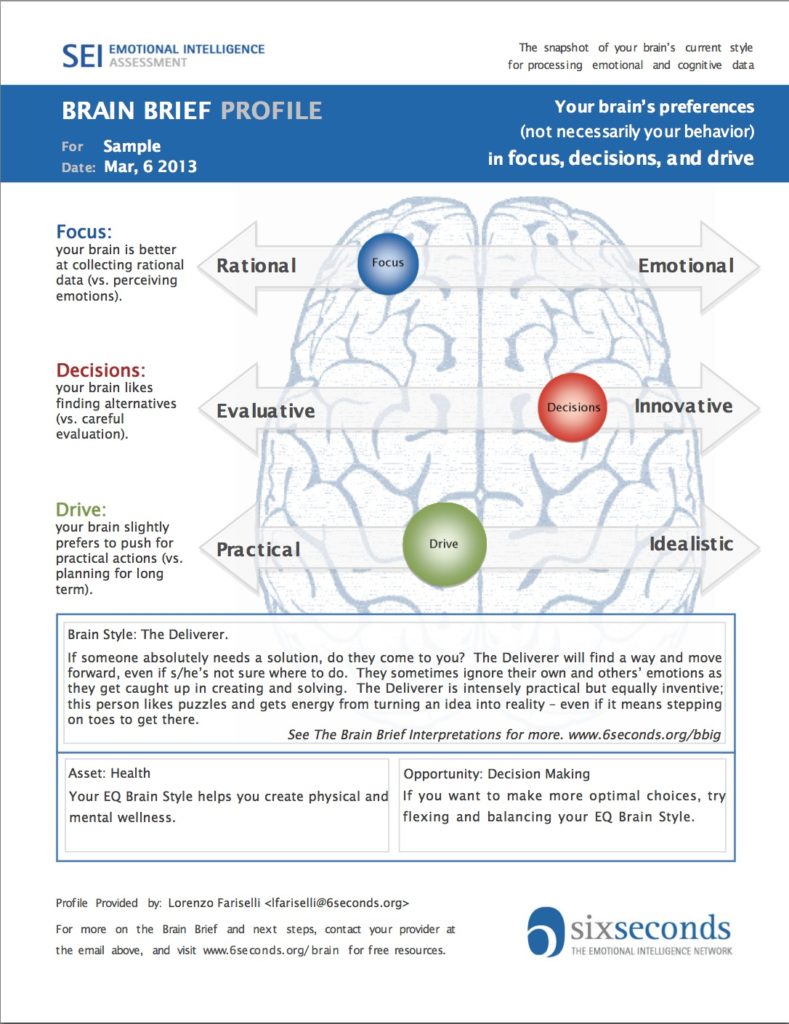 Brain Styles, a SEI Brain Profile, distill how each person has learned to use their emotional intelligence

To open the door for next steps, Royan presented a 1/2-day workshop on change and the EQ Brain Profiles. The session sparked curiosity, and began a new kind of dialogue in the team. Some team members hadn’t seen that for the company to grow, they’d need to make changes themselves. Another key outcome of this session was dialogue. People who were not talking began to engage with one another, and began to consider that their different brain style (as shown in the Brain Profiles) might actually be an asset. The dots were getting connected.

Following this workshop, employees suggested it would be helpful to be able to see everyone’s “brain style” so they could practice talking to one another with the same kind of curiosity and openness they experienced in the workshop. So every employee has their BBP posted outside their work station. There a ServRx Dashboard poster was created with the composite results for the whole organization, and it went on display in the break room for all to see and discuss.

The team then initiated a process of monthly coaching sessions for Directors and Supervisors, either individually or in groups. The leaders were tasked to bring specific issues where they saw the organization was not working in alignment with the intended culture. Using the language of emotional intelligence and understanding of employees’ and managers’ Brain Profiles, the coach supported the leaders to craft solutions that would reinforce the new culture.

A series of half-day workshops was scheduled to reinforce the culture shift. Activities were planned to facilitate communications,  thinking outside the box, and to provide a framework for ServRx employees to problem solve in teams, while learning from each other. Topics included: 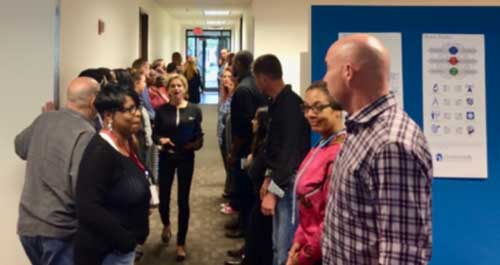 The workshops give employees an opportunity to share strengths that are not job related and to get to know each other on a more personal level, enhancing connections.

To systematize the focus on emotional intelligence, the tools are being integrated into organizational structures. For example, new Employee Trainings take place about quarterly, and trainings on the Profiles was integrated into this process. Each new employee now receives their own set of Brain Profiles to post outside their work station. In another case, this past December, Supervisors received training to utilize the BBP and Brain Talent Profile in year-end performance reviews.

Next steps may include customizing the tools for selection, performance management, and retention.

Case on business value of emotional intelligence: weave it into the fabric of the org

Results: The Climate for World-Class Performance

An average organization has around 25% of people actively engaged and 25% disengaged. According to Gallup’s research, world-class teams have 67% engaged, 25% neutral, and only 7% disengaged. ServRx reached a remarkable standard of 71% engaged and only 5% disengaged, and the results are telling:

It’s been a banner year for the company. The culture is improving dramatically, as is the business. ServRx was recently named #156 on the fastest growing privately held companies by Inc. magazine; staff increased by just 15% while revenue grew by 25% and net profit by 110%.

Meanwhile, feedback from employees include phrases such as “feeling like family” and “everyone seems to care about each other,” a giant leap from a year and a half ago. The climate scores reflect a similar tidal shift, with many scores going from the “lowest 25% in the world” to the top grey bar which is the highest 25% in the world:

While Todd is thrilled with the progress, he’s keen to see the next stage of growth:

“Working with Six Seconds on emotional intelligence has been transformative, personally and professionally. Before, I cared about culture, now I’m driven: We’re going to continue to focus on being a place where people can do great work — and I’m going to continue to practice my own EQ skills to make that happen a bit more each day.”

From this experience, Delano’s advice to other CEOs is simple:

“You’ve got to put people at the center – but I’m a numbers guy, so we need to measure the people side too.”

Three key findings from this case that will help other small enterprise:

Delano didn’t send his team members to training, he went first, then made the time to integrate the concepts into his own leadership before asking others to do the same. This role-modeling creates buy-in, and also gives the senior leaders the insight they need to support the process.

Using the Brain Profiles provided a language and framework that could become part of daily interaction, meetings, onboarding, problem-solving, and even performance reviews. Having a shared language allows people to talk about emotions in a business-savvy way that engages people. As Six Seconds says: Emotions drive people, people drive performance.

Using a tool like OVS to measure the climate provided a catalyst for the leadership team to put emotional intelligence forward as a top priority. This kind of data creates a focus for the work and provides a clear metric for results-oriented leaders.

Follow me
Latest posts by Joshua Freedman (see all)
×

Get your free EQ test & profile

How to Handle Stress & Anxiety

Intro: What is SEL?