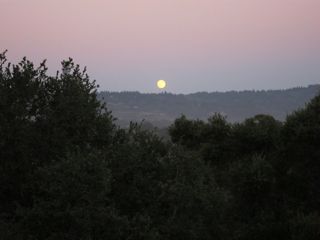 Yesterday in California, the sun crouched for hours over the evening fog as if enjoying the indolence of late summer. Last night, here, it dropped to winter dark before dinner. It’s been so cold this summer in California that I didn’t notice the nearly instant change ‘till now, sitting by the river for lunch, where the “winter menu” is on special — what? Welcome to the other side of the world. I keep hearing people with cool Aussie accents — that could have been a clue.

I’ve logged some ten times around world in the last five years, but every time I’m stuck anew at the strangeness of dreaming, waking up to new accents, new seasons. Though some sights don’t change much. 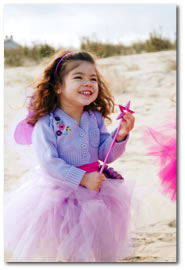 At the next table two little girls sit dressed up; someone seems to have let them frolic in pink sugar icing. Even their drinks are an unearthly magenta, hopefully not as teeth-achingly sweet as they look. One with glimmery fairy ribbons, the other a jeweled princess hair net, her dark-purple fingernails chipped, she reaches for more pizza and French-fried potatoes. They probably call it something different here, but the international cuisine of the 6-year-old cuts across continents.

Like the sudden switch of season, present but un-noticed, seeing these little ones reminds me how grown up mine are becoming. On the table to my left, it seems a mom and dad have come to Brisbane to visit their 20-something daughter. The conversation has that slightly-strained tone of changing landscapes unresolved. Like when you first shift gears in the car, and the teeth are not quite synching up, that bit of a lurch with hope that in a moment the ride will be smooth again.

When our babies were, it drove me a bit batty to keep hearing, “enjoy it while they’re young, it goes so fast.” In diaper days, sometimes it felt like an hour was an eon of purgatory (especially when bedtime was overdue). Now there’s a sweetness to the memory, the milky smells of babyhood, and I appreciate the longing in that advice. 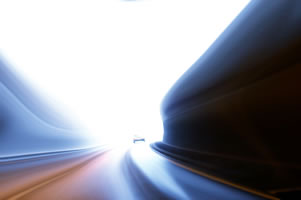 As I sit here looking between these two tables, I can see this span of parenting and growing up. But in “real life” there’s no place to stand to find perspective, no way to step back and see this arc of time. Like Einstein’s train, you can’t feel the speed from within. While I find it hard to encompass the changes, I’ve reveled in the unfolding. Each time I think, “I love the kids at this age” and hope, somehow, to stop there for a piece… futile. Then a few months later I feel that way again. Some months, not so sweetly, but the balance is wonder.

And, maybe it shouldn’t all be sweet. We learn in the valleys, and celebrate on the peaks. The tragedy would be stuckness, clinging desperately to what almost was. Perhaps equally sad would be to flit by it all half seeing. Let’s seek to ride someplace in between, then: awake to the possibilities, yet peaceful enough to loll about playfully. It’s elusive because, by nature, transitory, this ever-shifting grace of the moment well lived. Maybe the best we can do it relish, even honor, the days we find the balance, and pray we don’t get mired in either extreme.

Maybe this is my favorite part of travel. The sudden dislocation is enough of a jolt, a shock to take-it-for-granted-ness that propels me back toward noticing. Yes, seeing the differences, but, perhaps more powerfully, re-encountering the samenesses:

There — a daddy with a blanket-wrapped bulge strapped to his chest, leans his head down to kiss, and smell, the baby’s head; despite the crowd, alone for a moment in the most privileged of intimacies. There, a homeless man slouches, eyes unfocused as the world spins blurring past.

There — three girlfriends, though now probably no one calls them “girls” but one another, laughing at the one who is speaking with a naughty gleam. There, a young woman intently texting, a whole story of uncertain hope on her face.

Perhaps like many of us, I often feel alone. A paradox there. And the natural price of the frequent flyer miles accruing, but feelings don’t care much if they make sense or not. So maybe that’s why my eyes keep going to the common threads.

Some part of me keeps expecting to find a foreign place, and I’ve been beyond lucky to go further than I ever dreamed. I guess that I’m surprised, again. I keep finding the same buzz of conversation, seeing the same smiles and frowns, the same furrowed brows over what isn’t going to plan, and relishing that same sudden bubble of laughter floating above the lunchtime crowd. Here I am, literally half a world away, and it’s home again.